Spectrum of the planet around HR 8799 (annotated) 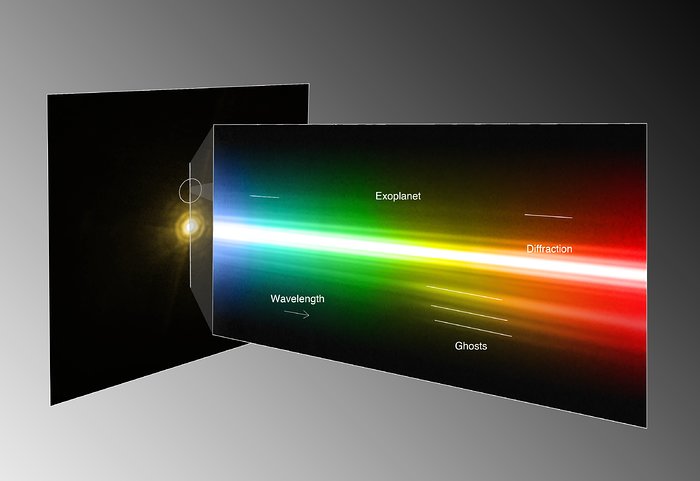