The Carina Nebula imaged by the VLT Survey Telescope 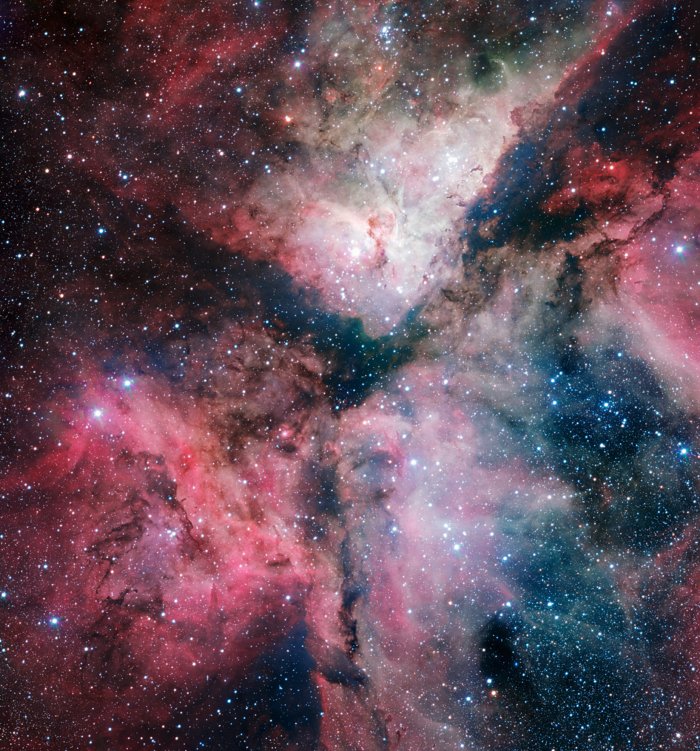 The spectacular star-forming Carina Nebula has been captured in great detail by the VLT Survey Telescope at ESO’s Paranal Observatory. This picture was taken with the help of Sebastián Piñera, President of Chile, during his visit to the observatory on 5 June 2012 and released on the occasion of the new telescope’s inauguration in Naples on 6 December 2012.