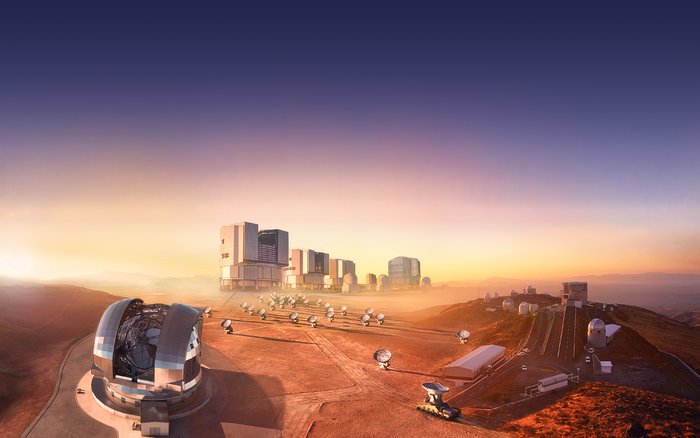 2013 marks the 50th anniversary of the start of a very fruitful relationship between ESO and Chile that has allowed both European and Chilean astronomy to push the boundaries of science, technology and culture forward into the future.

This collage shows ESO’s facilities in Chile, merged into a single imaginary landscape.