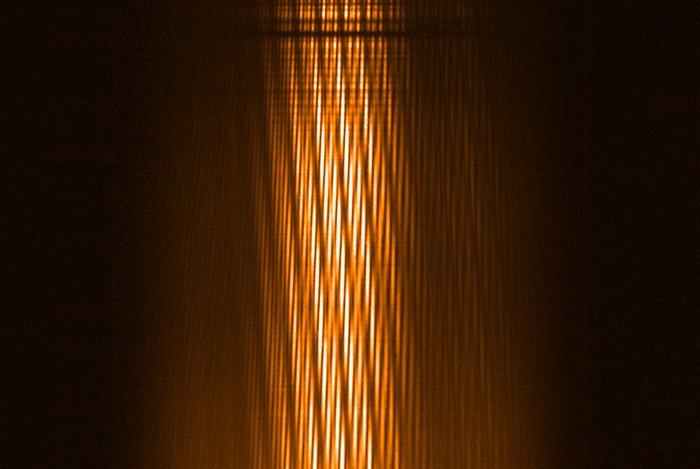 This strange picture shows the result of interfering the light coming from the four VLT Auxiliary Telescopes within MATISSE.