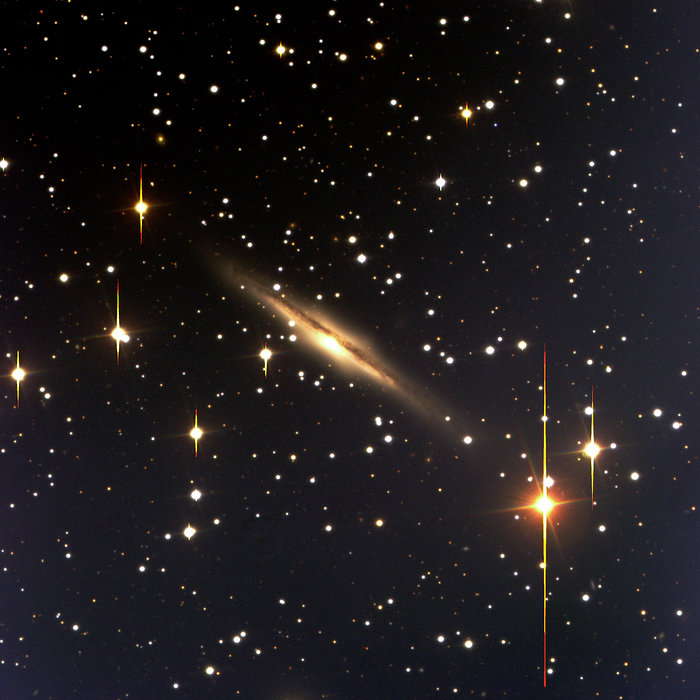 This is a colour composite (BVR) of a sky field near the border between the southern constellations Carina (The Ship's Keel) and Volans (The Flying Fish). It contains a spiral galaxy, ESO 60-24 that is seen nearly edge-on. This galaxy has a strong equatorial dust band that hides the light from the stars behind it. A bright centre is located just below the dust band and the spiral structure may be perceived in the outer regions. The velocity is 4,000 km/sec, corresponding to a distance of about 200 million light-years. These observations were made with FORS1 at ANTU on March 27, 1999. Field size: 6.8x6.8 arcmin 2 ; North is up and East is to the left.