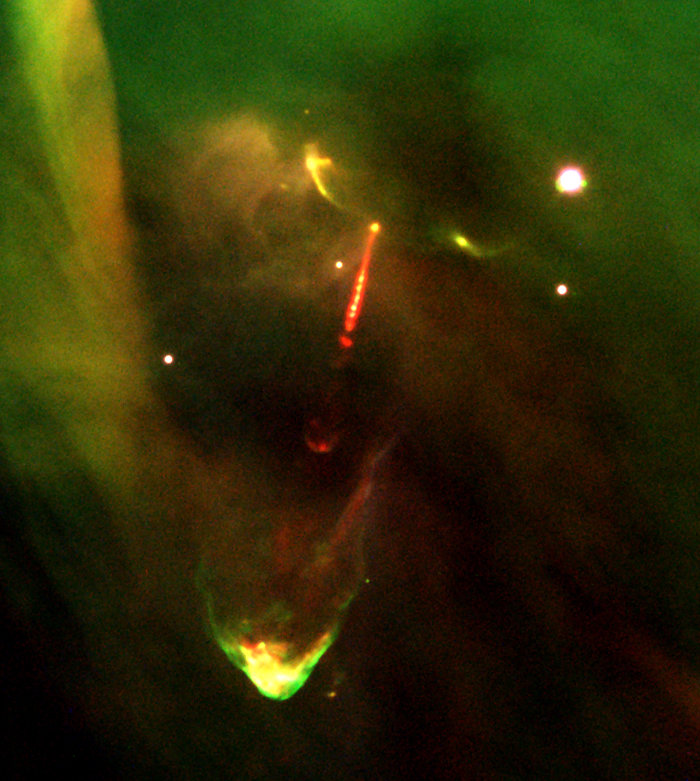 This image is an enlargement of a three-colour composite of the young object Herbig-Haro 34 (HH-34), now in the protostar stage of evolution. It is based on CCD frames obtained with the FORS2 instrument in imaging mode, on November 2 and 6, 1999. This object has a remarkable, very complicated appearance that includes two opposite jets that ram into the surrounding interstellar matter. This structure is produced by a machine-gun-like blast of "bullets" of dense gas ejected from the star at high velocities (approaching 250 km/sec). This seems to indicate that the star experiences episodic "outbursts" when large chunks of material fall onto it from a surrounding disc. HH-34 is located at a distance of approx. 1,500 light-years, near the famous Orion Nebula, one of the most productive star birth regions. Note also the enigmatic "waterfall" to the upper left, a feature that is still unexplained.