Centre of the Crab Nebula in Taurus 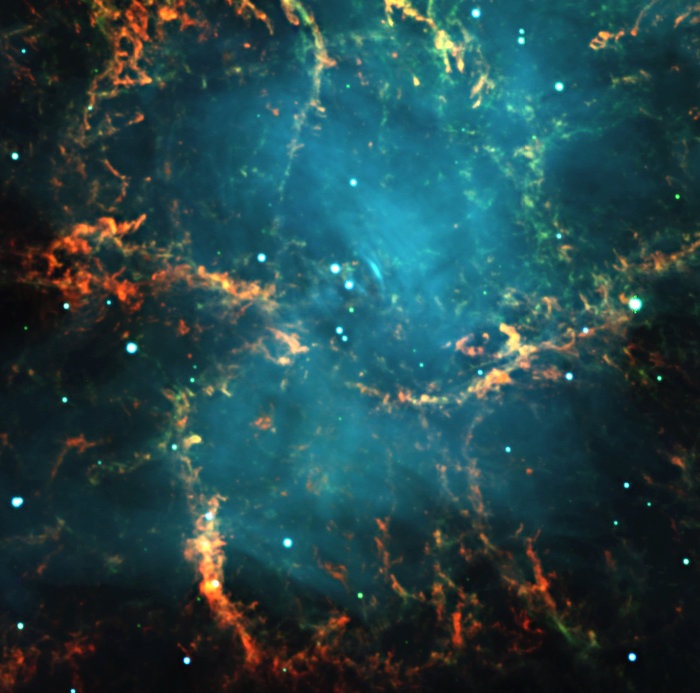 This image is an enlargement of a three colour composite of the well-known Crab Nebula (also known as "Messier 1"), as observed with the FORS2 instrument in imaging mode in the morning of November 10, 1999. It is the remnant of a supernova explosion at a distance of about 6,000 light-years, observed almost 1000 years ago, in the year 1054. It contains a neutron star near its centre that spins 30 times per second around its axis. In this picture, the green light is predominantly produced by hydrogen emission from material ejected by the star that exploded. The blue light is predominantly emitted by very high-energy ("relativistic") electrons that spiral in a large-scale magnetic field (so-called synchrotron emission). It is believed that these electrons are continuously accelerated and ejected by the rapidly spinning neutron star at the centre of the nebula and which is the remnant core of the exploded star.