A rift in the sky 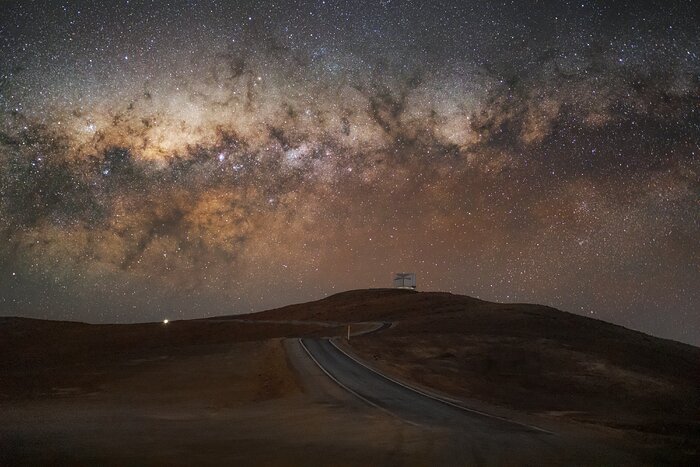 These lines, known as the Great Rift, are immense clouds of gas and dust located between the Solar System and the internal regions of the Milky Way. These clouds absorb most of the visible light trying to reach us from the billions of stars in the centre of our galaxy. Nonetheless, astronomers are still able to probe the inner Milky Way by observing infrared and radio light, which passes through the clouds without being absorbed, allowing us to literally “look through” the great rift.

Part of ESO’s Paranal Observatory, the Visible and Infrared Survey Telescope for Astronomy (VISTA) is located on the peak next door to the one where the ESO Very Large Telescope (VLT) is perched. It is one of the largest telescopes for stellar surveys in the infrared, helping astronomers map the Universe and shed light on many cosmic mysteries such as the evolution of galaxies.