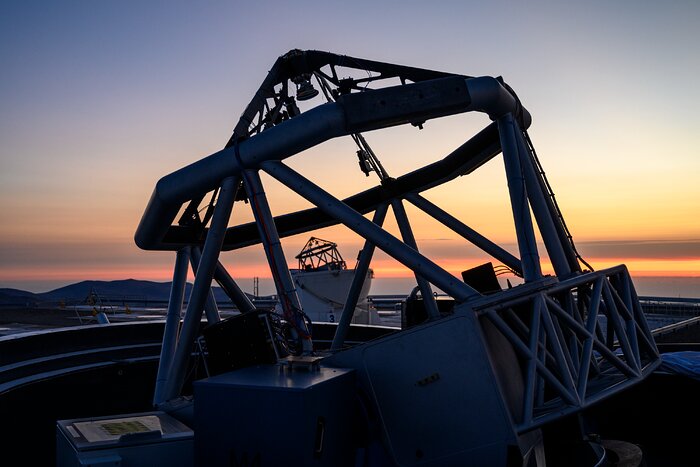 The VLTI combines the cosmic light collected by up to four telescopes, either the ATs or their four larger counterparts, the 8.2 m Unit Telescopes (UTs). A system of mirrors housed within underground tunnels channel the different light beams towards the VLTI lab, where they are combined using a technique called interferometry. This allows researchers to probe the universe with much sharper eyes, with a huge “virtual” telescope as large as the separation between the individual telescopes, currently up to about 140 m, which can spot details that each telescope would individually miss.

The VLTI recently celebrated its 20th birthday With its extraordinarily high resolution, it is able to see fine details such as stellar surfaces, and even to study the stars orbiting the black hole at the centre of our galaxy.