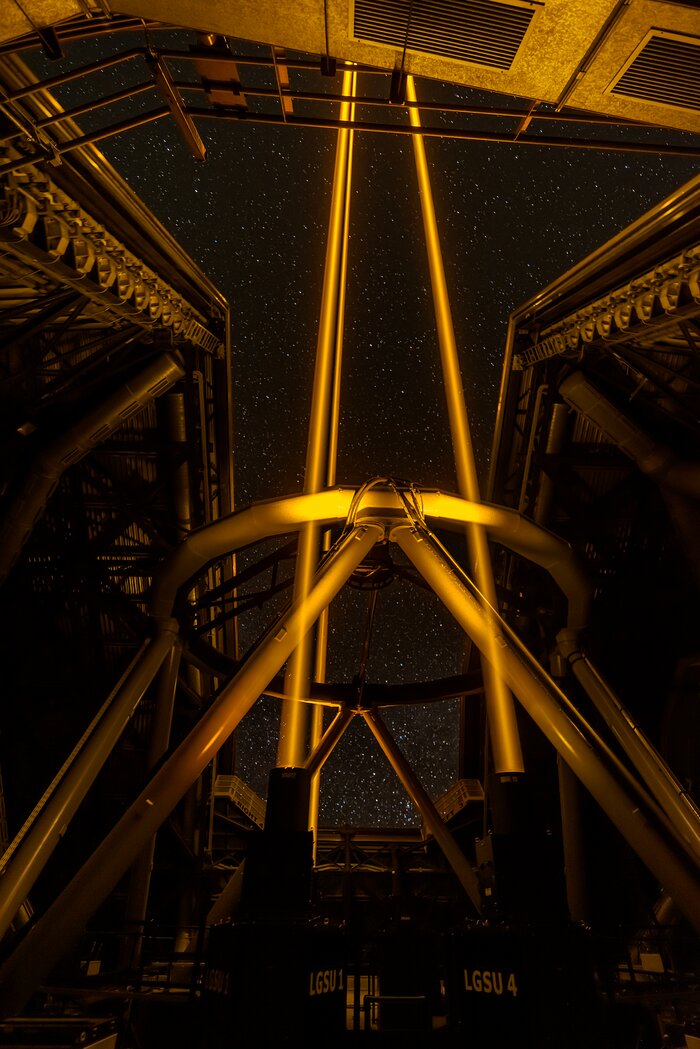 With advanced instruments designed to catch the light from extrasolar worlds and the universe’s most distant stars and galaxies, crystal clear images are a must. To achieve this, the Unit Telescope 4 Yepun of ESO’s Very Large Telescope (VLT) in Chile has an adaptive optics facility equipped with four sodium lasers, aimed towards the sky. When the laser beams reach about 90 kilometers into the atmosphere, they excite sodium atoms that start to glow, creating artificial stars in the sky.

By monitoring how these artificial stars twinkle, the deformable secondary mirror of the telescope reshapes at milli-second speeds, correcting atmospheric turbulence. But the Milky Way already has several billions of stars, so why would we need some more and how will that help to create clearer images, you might wonder? Adaptive optics requires having a relatively  bright reference star close in the sky to the object you want to observe, but that’s not always the case, hence the need for artificial laser stars.

PS. Did you know that sodium is the element usually found in older street lamps? It is the two resonance lines of sodium that creates the recognisable intense orange colour as seen in the above image from the VLT.