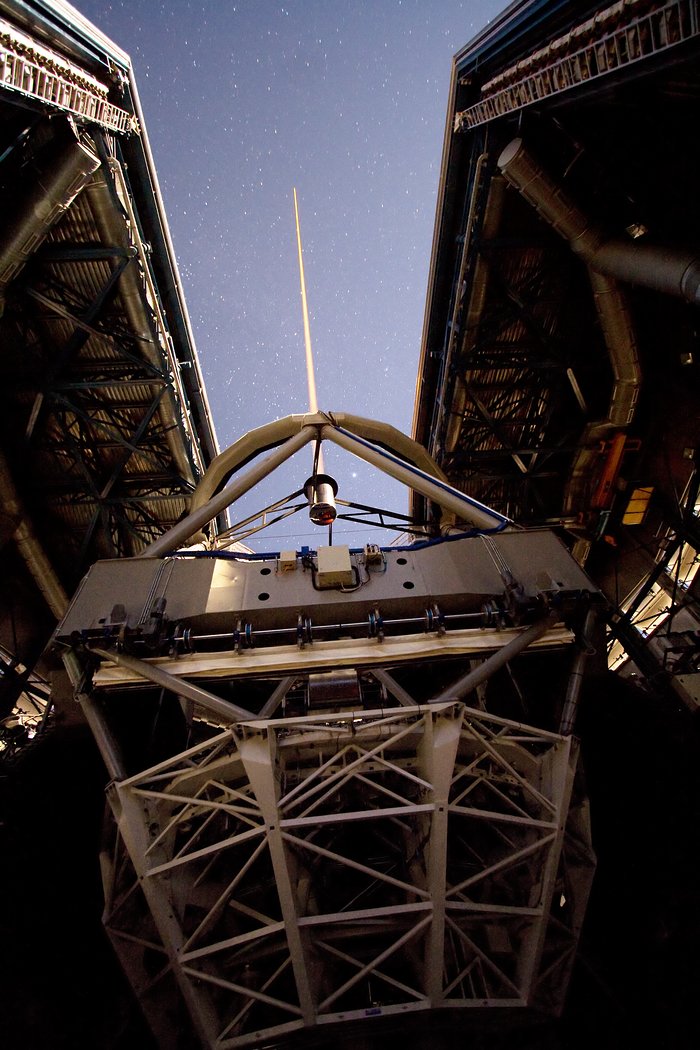 A laser beam shoots out of Yepun, the fourth Unit Telescope of Europe’s flagship observatory, ESO’s Very Large Telescope (VLT). This beam is used to create an artificial star above Paranal to assist the adaptive optics instruments on the VLT. Adaptive optics is a technique that allows astronomers to overcome the blurring effect of the atmosphere and obtain images almost as sharp as would be possible if the whole telescope were placed in space, above Earth's atmosphere.

Adaptive optics, however, requires a nearby reference star that has to be relatively bright, thereby limiting the area of the sky that can be surveyed. To overcome this difficulty, astronomers at Paranal use a powerful laser that creates an artificial star where and when they need it (see eso0607 and eso0727).

Launching such a powerful laser from a telescope is a state-of-the-art technology, whose set-up and operation is a continuous challenge. As seen from the image, this is, however, a technology now well mastered on Paranal. The image was taken from inside the dome of the telescope and reveals nicely how the laser is located on top of the 1.2-metre secondary mirror of the telescope.