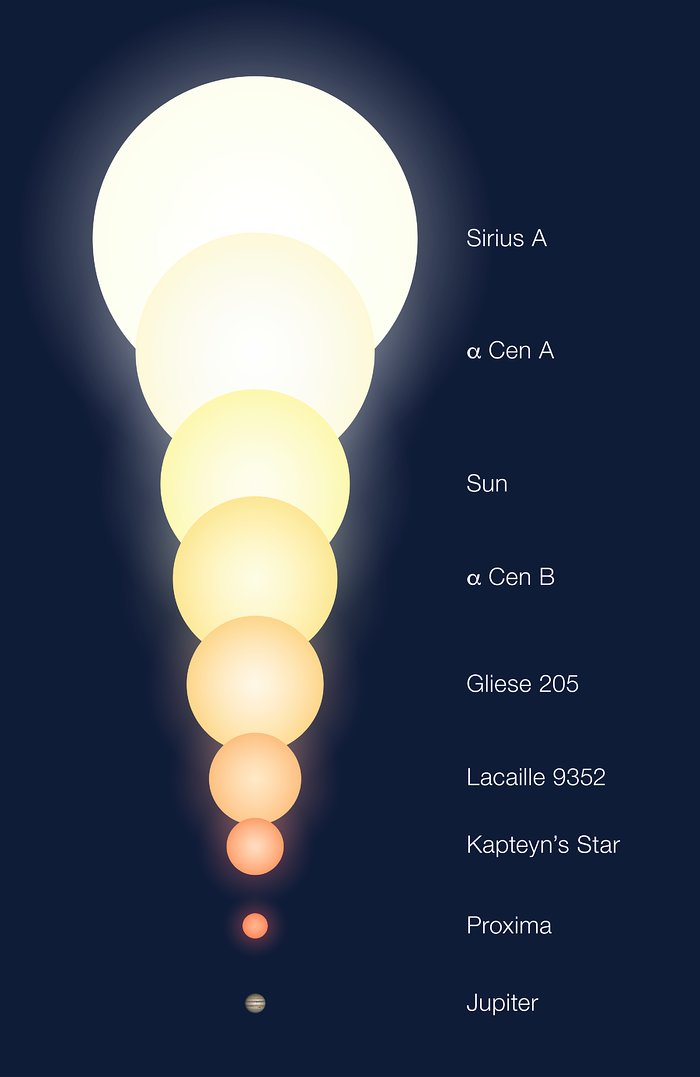 The relative sizes of a number of objects, including the three (known) members of Alpha Centauri triple system and some other stars for which the angular sizes have also been measured with the Very Large Telescope Interferometer (VLTI) at the ESO Paranal Observatory. The Sun and planet Jupiter are also shown for comparison.