Teenage galaxies in the distant Universe 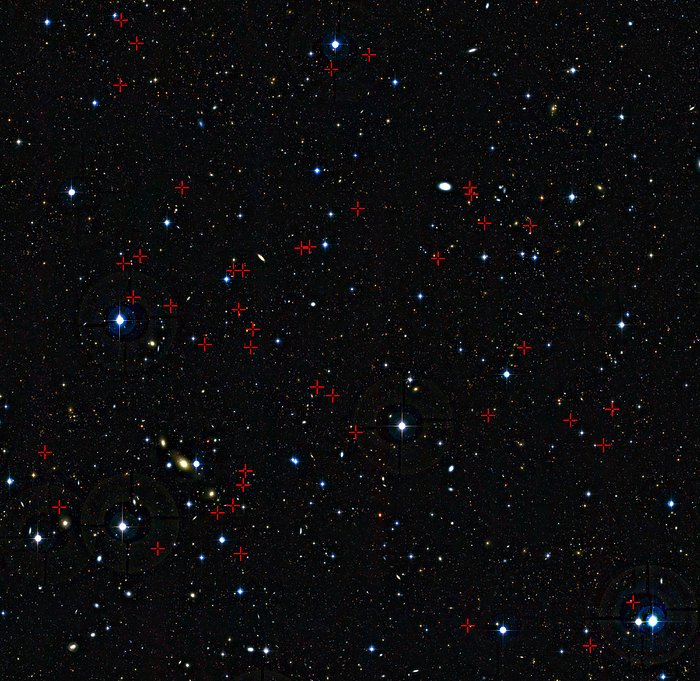 This deep view of a tiny patch of sky in the constellation of Cetus (The Sea Monster) shows a selection of galaxies, marked with red crosses, that were used in a new survey of the feeding habits of young galaxies as they grew through cosmic time. Each of the tiny blobs, galaxies seen as they were between three and five billion years after the Big Bang, has been studied in detail using ESO’s VLT and the SINFONI instrument.