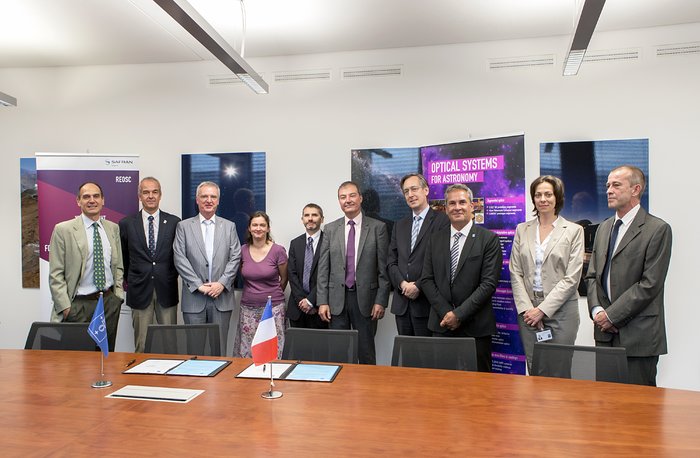 ESO has signed a contract with the French optics company Reosc, a subsidiary of Sagem, Safran group, to manufacture the deformable shell mirrors that will comprise the fourth mirror (M4) of the European Extremely Large Telescope (E-ELT) These mirrors will be mounted and supported in the adaptive mirror unit (ann15045) to form the largest-ever adaptive mirror unit in the world.