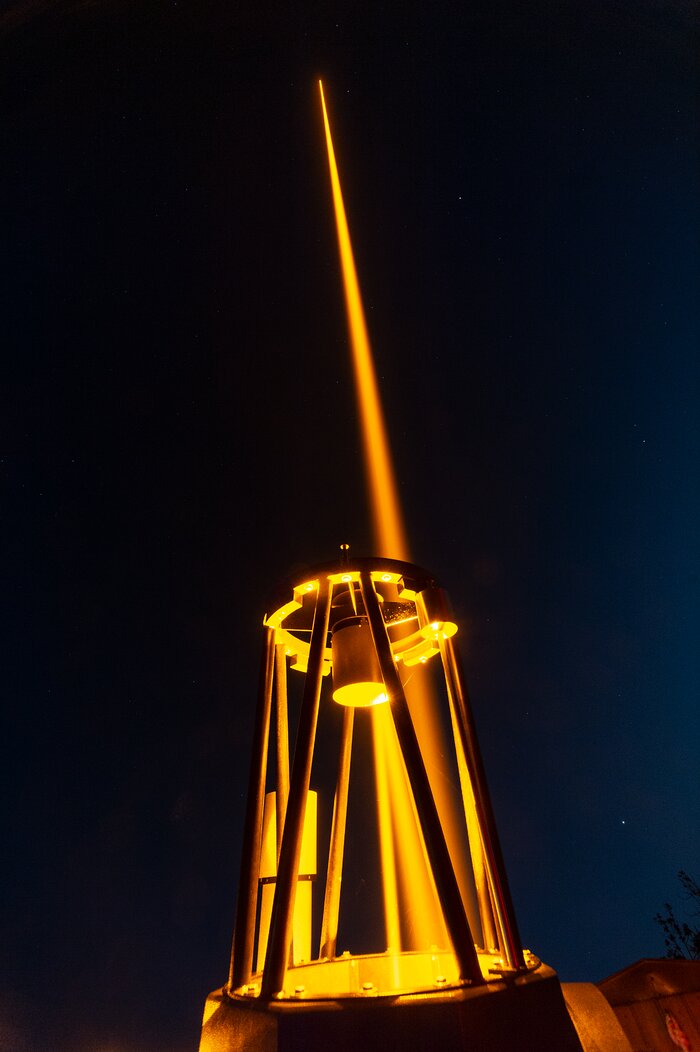 This image shows the 57W CaNaPy laser during a field test on the 0.6m telescope at the Allgäuer VolksSternwarte Ottobeuren observatory in Germany. The laser light goes from the interior of the telescope to its secondary mirror and bounces back to the primary mirror, where it is finally reflected towards the sky.

The laser, based on ESO patented technology, will eventually form part of the CaNaPy Laser Guide Star Adaptive Optics system to operate at the European Space Agency’s Optical Ground Station in Tenerife, Spain. It will help correct astronomical observations for the blurring effect caused by turbulence in the Earth’s atmosphere.