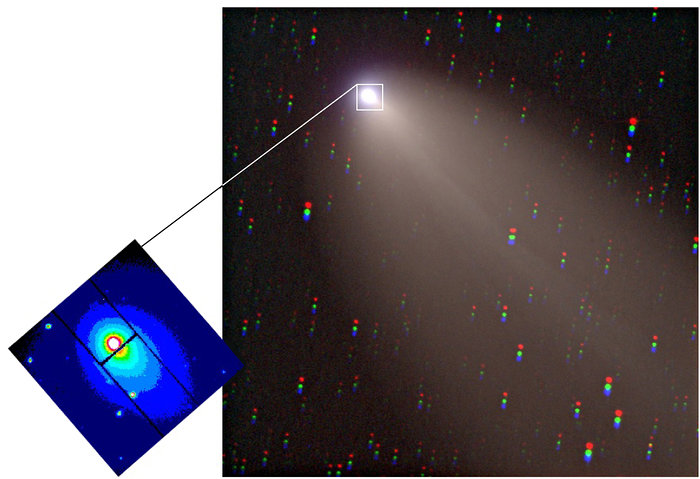 Noter: The left image was taken using the VLT, the right is a photograph captured by Gordon Garradd.