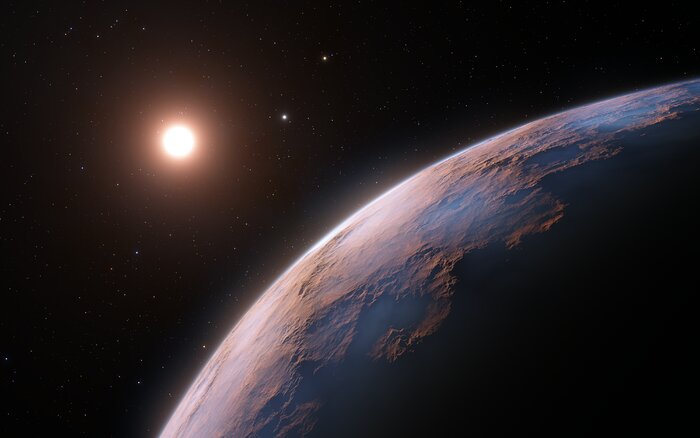 This artist’s impression shows a close-up view of Proxima d, a planet candidate recently found orbiting the red dwarf star Proxima Centauri, the closest star to the Solar System. The planet is believed to be rocky and to have a mass about a quarter that of Earth. Two other planets known to orbit Proxima Centauri are visible in the image too: Proxima b, a planet with about the same mass as Earth that orbits the star every 11 days and is within the habitable zone, and candidate Proxima c, which is on a longer five-year orbit around the star.