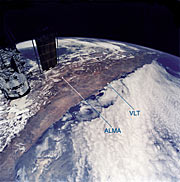 Abbildung eso9928c
Location of the compact configuration of ALMA 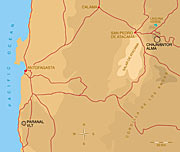