ALMA observations of Pluto and Charon 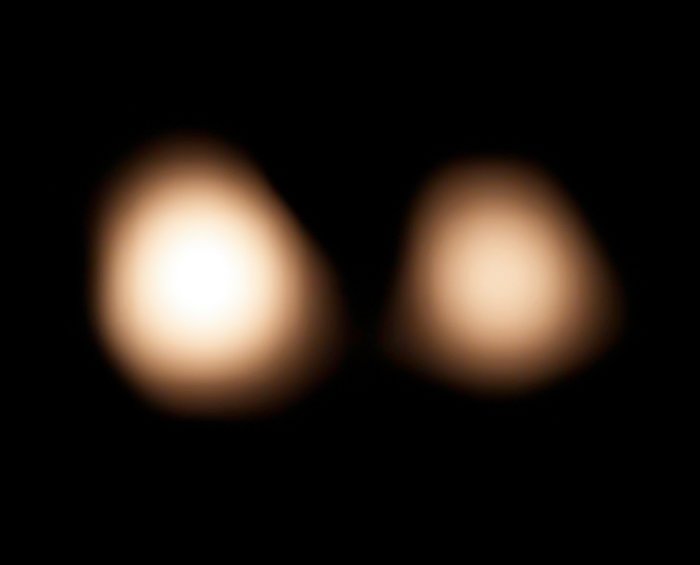 Astronomers using the Atacama Large Millimeter/submillimeter Array (ALMA) are making high-precision measurements of Pluto's location and orbit around the Sun to help NASA’s New Horizons spacecraft accurately home in on its target when it nears Pluto and its five known moons in July 2015. This picture shows the cold surface of Pluto and its largest moon Charon as seen with ALMA on 15 July 2014.