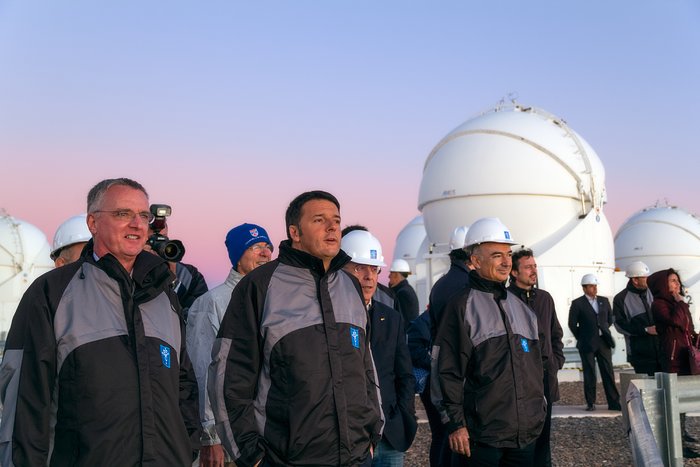 On 24 October 2015, the Prime Minister of Italy, His Excellency Matteo Renzi (centre), visited ESO’s Paranal Observatory in the Atacama Desert of northern Chile. He was taken on a tour of ESO’s world-leading astronomical facilities by ESO’s Director General, Tim de Zeeuw (left), and the Programme Manager of the European Extremely Large Telescope (E-ELT), Roberto Tamai (not shown).

In this picture Prime Minister Renzi is watching the spectacular sunset from the Paranal platform with one of the VLT Auxiliary Telescopes in the background. ENEL CEO Francesco Starace is to the right.