New Technology for a Sharper Future 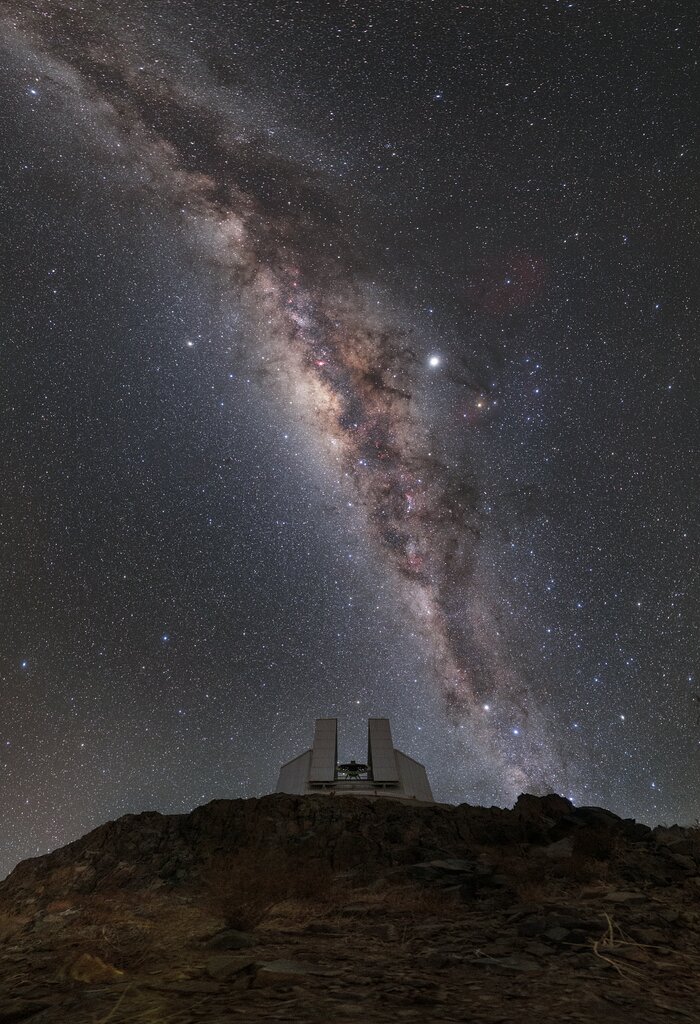 Perched between the cascading arch of the Milky Way and the dark mountainside of La Silla Observatory lies the New Technology Telescope (NTT).

Since 1989 this ESO telescope has observed and taken images of our night sky in exquisite detail. Some of its more recent achievements include: the observation of the merging of two neutron stars; a more detailed insight into the structure of asteroids; the analysis of hundreds of planetary nebulae; and even research into planets in far off solar systems.

Telescopes with larger primary mirrors are able to capture more light. However, a larger mirror’s perfect shape is more difficult to maintain. Astronomers found that with primary mirrors over five metres in diameter, image quality decreased enormously as gravity pulled them out of shape (NTT is 3.5 meters in diameter and was meant as a pioneer project to allow telescopes with larger mirrors to be built). Active optics, an idea that came from ESO engineer Raymond Wilson, means that a thin and deformable primary mirror can be controlled by a primary support system that applies the necessary force to correct for these gravity-induced deformations.

The improvements to ground-based astronomy as a result of this new design were huge. Active optics became the main feature of the NTT, which has since viewed phenomena in the sky in exquisite detail. The telescope’s active optics were soon implemented on the two, segmented, 10-metre telescopes at Keck Observatory in Hawai‘i. The design of this telescope was revolutionary. Advancements are still being made today, implementing similar technology in some of the largest telescopes in the world.