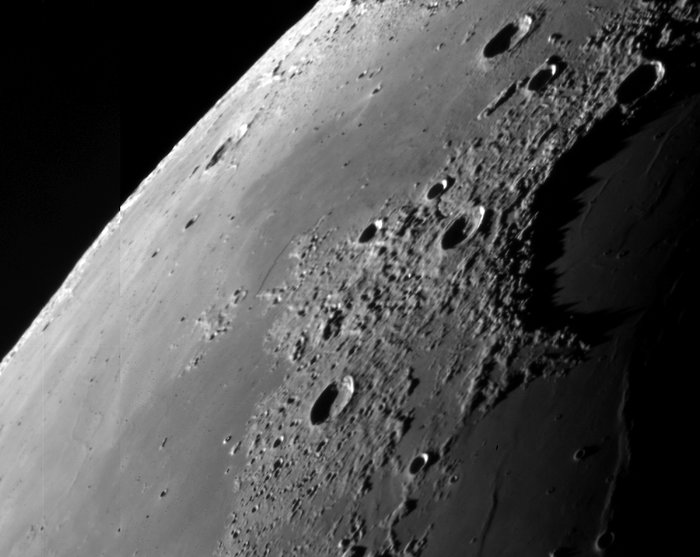 A series of short exposures through a near-infrared filtre was obtained of the waning Moon at sunrise on January 12 (at about 10 hrs UT), i.e. about 5 days before New Moon (24.3 days "old"). It displays a view of the plains near the Moon''''s north-east rim, just eastwards of Sinus Iridum (the large crater in the shadows at the upper right), on the rim of which the crater Bianchini is located. The crater just below the centre is Mairan and the one about halfway between these two and of about the same size is Sharp. Several 0.1 sec exposures were made through a near-infrared filtre (856 nm; FWHM 14 nm) with small offsets were recombined (to cover the gaps between the individual CCD''s); otherwise, the image is raw.