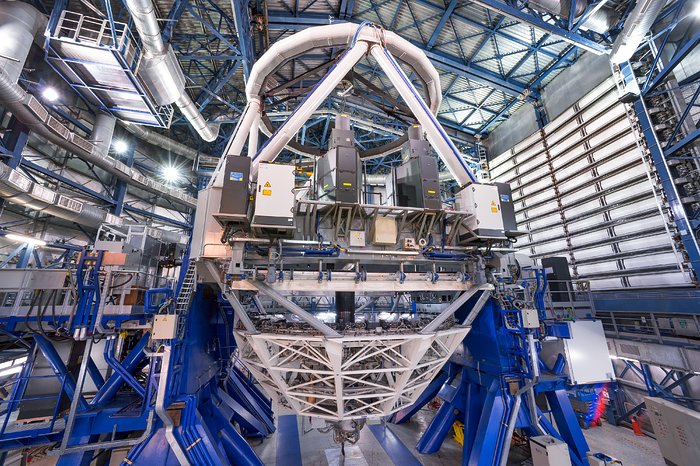 This image shows the new laser system on Unit Telescope 4 of the VLT. The black units just above the centre are the laser launch telescopes and the lasers themselves and the support electronics boxes appear to the sides of them.