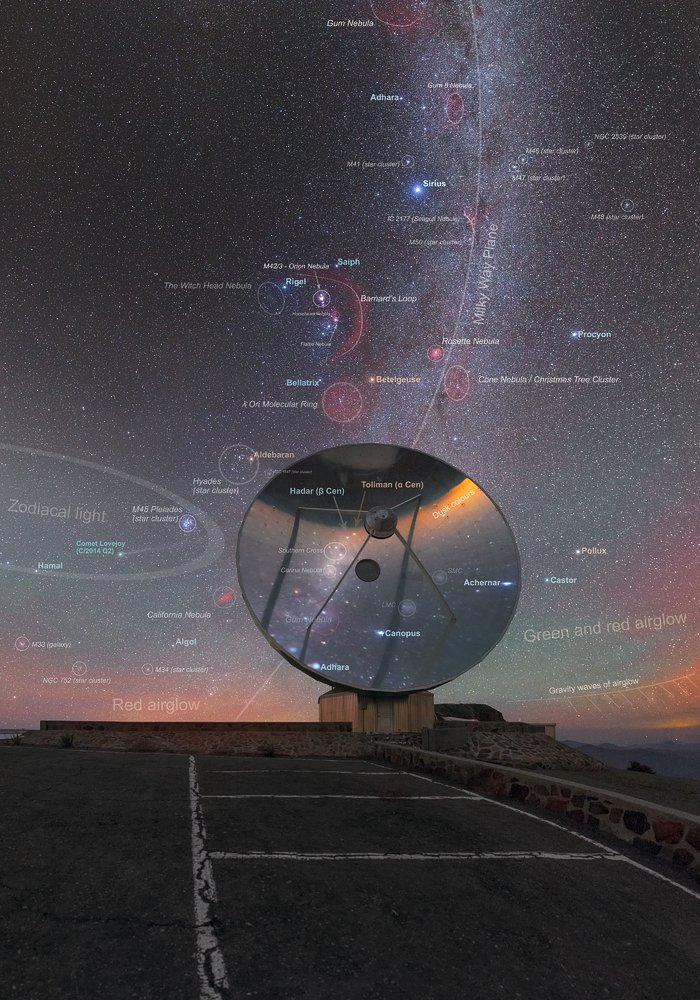 The image above the dish is filled with various astronomical objects, many of which have been annotated in this image. Among them are the bright stars Sirius and Procyon to the Orion Nebula, the Cone Nebula, the atmospheric and cosmic phenomena of airglow and zodiacal light, and Comet Lovejoy. You can find the image without annotation here.