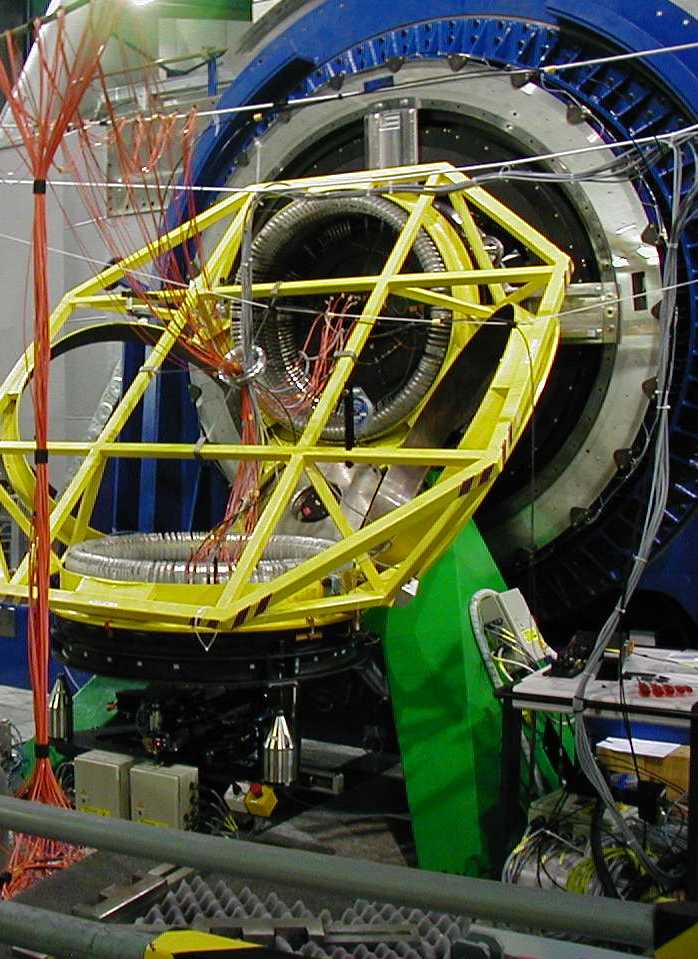 The OzPoz fibre positioner is based on the successful concept developed for 2dF at AAO: while one plate is observing, the other one is positioning the fibres for the subsequent observations. The dead time between two observations is therefore limited to less than 15 minutes, guaranteeing a very good night duty cycle. OzPoz has the capability to host up to 560 fibre per plate.

OzPoz is able to host up to four plates, but only two are used in the FLAMES configuration. Each of these two plates will feed GIRAFFE and the red arm of the UVES spectrographs.

Plate One is hosting

With Plate One it is possible to use UVES and GIRAFFE simultaneously.

To these two plates, several buttons for centering and maintenance purposes have been added.

The minimum object separation is 10.5 arcsec. This minimum distance is entirely limited by the size of the magnetic buttons. OzPoz is able to position the fibres with an accuracy of better than 0.1 arcsec (+ astrometric error). It has its own Observing Software and control electronics, as well as the necessary preparatory observing tools. Finally OzPoz is equipped with its own calibration system.

Very accurate calibrations can be obtained by rastering the fibre buttons with an r-theta arm, and repeating this procedure many times. Such calibrations are the only ones planned on a daily basis.

Further information about OzPoz can be obtained here.