There are many software available to control the Genesis camera, and therefore can be used with MASCOT.

AudeLA is a free, open-source astronomical software intended for digital observations. It's main particularity is its high modularity: using the Tcl/Tk language the user can develop his own control interface (the interface supplied is named Aud'ACE). All this characteristics make AudeLa the logical choice for MASCOT, because the interface can be easily programed and easily integrated to the VLT software system based on UNIX/Linux. They are two main independence scripts or modules developed for AudeLA:  cmaude.tcl performs automatic loops for the acquisition of the images and cmanimate.tcl performs animation and individual sequential display of the images.

The descriptions of the scripts are hereafter.

As any Tcl/Tk script, the module have two parts: the Tk part describe the graphical interface, and the Tcl part contains the procedures.

The interface is composed by the following elements: 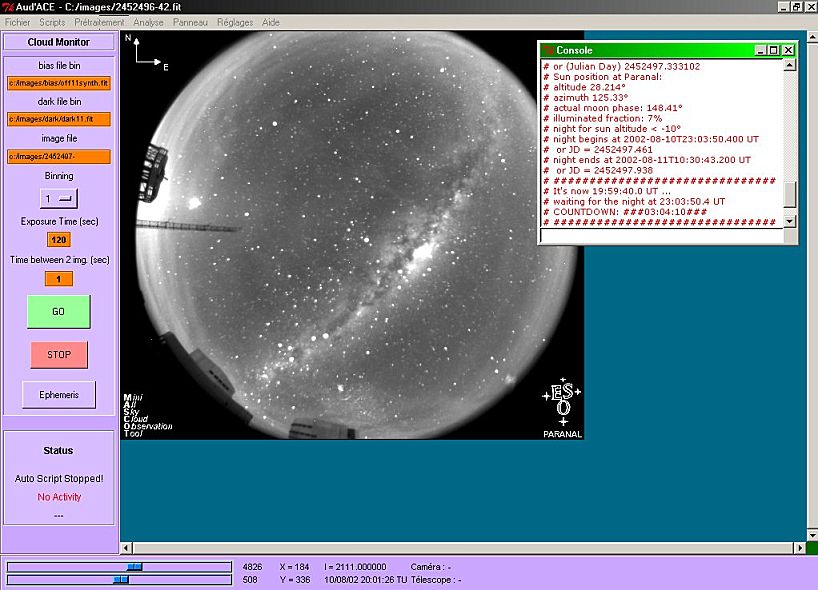 The main procedures are the following:

During the acquisition, the program does some operations to the image:

The defaults parameters of the scripts are the following ones:

The parameters can be changed through the mascotConfAcq.tcl file.

The objective of this script is allow the user to access easily the images in directduring the night, and animate them in order to detect better the clouds movements. 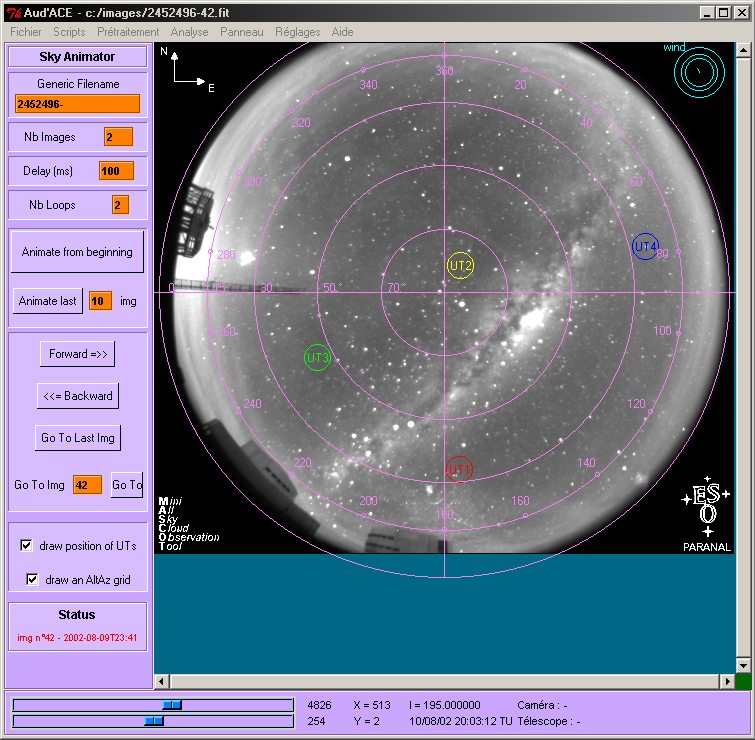 Description of the main elements

This is a little coutilityded on Tcl/Tk in order to read into the VLT database,and is independent from AudeLA. The asmcmsGetTcsData.tcl accesses and reads the database, and MascotUtSky.tcl give an graphical interface and writes the information (Altitude, Azimuth,Status of each telescope) to a text file readable from AudeLA. The scan is made continuously every 3 seconds.